RSS
← Did that chick Really just say……#6
Stuff like this makes it all worthwhile….. → 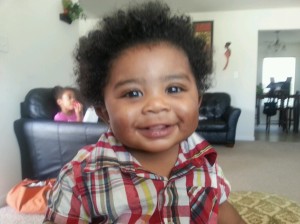 By now, you guys know that I have a tendency to go way back just to bring you up to speed with the present.  So if you can just hold on with me for a little bit, I double dog promise to bring you back to what thisblog is all about.  Let’s go back to the summer of 1981.   I was about 10 years old.  I was a borderline barbarian,  so I could only play in the house for so long before I was  banished to the outdoors to continue my exploits.  But that was cool, because I loved to be outside anyway.  Outside, I could rip and run all I wanted.

I loved to imitate the superheroes that I would see on T.V., and that I saw in comic books. In my mind, I had the strength of the Hulk and the speed of the Flash…I could fly like Superman, and fight like Batman. I would run for what felt like hours in the North Carolina sun.  Whenever I got tired, I could lie in the yard and I’d regain super strength from the sun’s  rays like Superman.  And I used the plums that fell from the plum tree in my mama’s yard as “power pellets” for when my super speed started to wane.

I called myself The Agility Ability (Don’t laugh.  I was like ten, and rhyming was cool to me!) and I had an uncanny power to escape any trap. I would leap from ditch bank to ditch bank, dodging the gaping jaws of the piranhas that I KNEW lurked just beneath the murky depths of the ditchwater. I could run and jump and roll like nobody’s business.

My greatest pleasure in all that was much more obscure than one would think, though.   It wasn’t the actual jumping or running or rolling on the ground that gave me the most joy. No, it wasn’t any of those.   It was the sound of the wind as it rushed past me. It was my own private magic. The sound of the wind WHOOOSHING past my ears as I ran made me feel free…freer than anything ever.   When the wind whispered in my ears, I could be anywhere; doing anything.   I was an Olympic runner.  I was a Muhammed Ali training to fight.  I was a race car driver.  My adventures were as big as all outdoors, as grand as any movie and bigger than any comic book.  I wasn’t just another Black kid in the deep woods of North Carolina,  I was more than that.  I was much more.   I can’t even begin to tell you how important that magic was to me…how it helped me to survive the ugliness that the world would inevitably and tirelessly show me.

The wind could be explained away simply enough, sure.   I mean simple Science 101 explains wind and any Health and PE teacher worth his or her salt could explain the mechanics of hearing.   However, the simple, great gift of imagination made it so much more for me.

Then, one day, the wind stopped whispering in my ear.  I can’t really pinpoint exactly when it happened, but it just lost its magic.   It just simply stopped. It became wind and nothing more.  And suddenly, there was one less weapon of defense at my disposal.

You ever sit back and think about what it is you thought you would become when you grew up? I do. I look at where I am in life, and where I THOUGHT I would be when I turned this age, and I realize that there are miles between the two extremes. When there was still magic in the wind that swept past my ears, I knew I was destined for something great. I KNEW that I had the spark to accomplish anything that I wanted to….but that was when there was magic and before the wind became….well, wind.

Now that I’m older, I know the culprit that killed off the magic in the wind. I was allowed to stop believing in a lot of things, and I was permitted to settle for what was right in front of me as the end all, be all.  I can’t pinpoint the actual date on which the evildoer actually came and snatched away my ability to dream, but rest assured, he did it.   One day the ditches became just  dirty, stinking, filth filled ditches…no piranhas to bravely vault…just stagnant water with the occasional turtle or crawdaddy.  Suddenly, I was no longer a super hero, sucking power out of plum flavored power pellets, I was just a poor Black kid in the woods of NC, with a plum tree in his yard.   I stopped running, and jumping and flipping towards anything greater than what I saw. I said all of that, to say this:

Fathers, it’s important that you keep your daughters’ imaginations alive.

To this day, there are three questions that I guarantee that my daughters will answer a certain way:

Question one:  How do you call lightning bugs?
Answer: Biddi…Biddi…Biddi.

Question two:  When you were younger, where  did you think that cotton candy came from?
Answer: The dryer

Question three:  But if cotton candy came from the dryer, why wasn’t it sweet?
Answer :  Because it wasn’t processed yet.

Now, I know that they don’t still actually believe these things, but for a few moments in time, they did.  When they did, there was a great, awesome wonder in the belief that they had a magic in their voices that could call lightning bugs.  There was amazement in the “fact” that somehow, the dryer could magically manufacture cotton candy from old tee shirts and jeans (I tried to steer them away from thinking about cotton candy from UNDERWEAR, BTW.   DEEESCUSTING!)   I tried to keep the magic and mystery of the world fresh for them for as long as I could.   I knew what it was like to lose the magic, and I wanted them to savor its sweetness for as long as possible.  So, when we talked, there were little men in traffic lights that changed their color…and the sun was really the size of a quarter.  And everybody knew that helmets weren’t for riding  bikes, but for protecting your head when you jumped on the bed….you know….for when you jumped SOOOO high that you hit the ceiling…..MAGIC!

The wind stopped whispering to me long ago, but I will never forget the importance that it played for me.  Years later, God showed me that the magic never really LEFT me, but that my role within it had changed.   As I grew older, I went from being a wielder of it, to being a guardian of it….a bestower of it.   I was tasked with keeping it alive for my daughters;  to use it to keep  their starry eyed wonder in full bloom until one day, they would become the guardians of the “secrets” of the magic, and pass it on to their kids.

So there you have it…all in just a few pages, the importance of caring for your daughter’s imagination.  If it takes having a tea party with them…do it.  If it means  telling them that they are the best shoe tie-er upper in the entire world…do it. If it means that you have to spend your summer nights running around in the SC  heat with a  mason jar with holes poked in the lid and  filled with leaves screaming   “Biddi…Biddi…Biddi.” at the  top of your lungs…don’t think twice…just do it.

All that said, I have to admit, that sometimes, if the weather is juuuuusst right, and the road is empty enough, if I drive with the window down….I still imagine that I’m a race car driver…………

← Did that chick Really just say……#6
Stuff like this makes it all worthwhile….. →

3 responses to “The Wind Whisperer”