I was prepared to write on a whole different subject today, but just like in real life, plans change.

Yesterday, I was watching basketball when the game was suddenly interrupted by the screech of a fire truck siren as it passed my house. (My Lakers lost ANYWAY, so who cares?)  Of course, I looked out the window to see what was going on and I saw them stop at a house down the street.  When the firefighters got out, they didn’t seem like they were rushing too much, and I didn’t see any smoke, so in my mind, I counted it some as kind of mistake like when I cook something in my kitchen on a MILLION degrees and set the smoke detectors off in the house and can’t remember the code to cancel the fire trucks…(Am I the only one that that happens to?)  Maybe, if my wife didn’t set the code as something OUTRAGEOUS like “blitzkrieg” or “extraterrestrial”, or “champagne” I’d have a better chance of remembering it.  Heck, I don’t even DRINK champagne!

Disclaimer:  Mom, if you’re reading this, this is actually Tiaundra.  Me and Kee hacked Daddy’s computer and wrote this…We all know that Daddy loves you tremendously and would NEVER, EVER  call your  security system passwords “outrageous”.  We take full responsibility for this post and will accept whatever punishment you deem necessary.  Oh, and we would understand COMPLETELY if you diverted any future funds that are earmarked for our college educations to the purchase of that 3D flat screen at Best Buy that Daddy wants for the garage.  Signed, Tee and Kee…NOT daddy.

Anyway, they were there for a while then a couple of cop cars showed up.  Then, with my imagination being about as overactive as a 3 year old that’s fed honey coated Cap’n Crunch  with sugar water instead of milk, my mind switched from thinking that it was some kind of mistake to maybe they had some kind of illegal meth lab or something in the house.  I LITERALLY thought, “Wow…I’m on Breaking Bad or something.”.

A little later, the fire truck and cop cars were joined by two vans labelled “Bureau of Identification”.  If you know me, you know where my mind went this time.  Yup, you guessed it, I INSTANTLY jumped to “WOW…an INTERNATIONAL drug ring!”

I watched a little while longer and saw the emergency responders walking around, when they were joined by another vehicle.  This one was a white van with a red stripe down the sides.  It had some small letters on the side of it, but I don’t remember what they were anymore.  They pulled up in front of the house, and opened up the back door of the van.  They pulled out an empty  stretcher.  I instantly knew that it was bad. As of that point,  I had no more jokes….no more funny thoughts.

They pulled the stretcher into the house and someone from inside came out onto the front porch and sat down.  About 15 minutes passed before the people with the stretcher came back out.  The stretcher wasn’t empty any more.   A red sheet on top of it outlined the shape of a person.  I thought “Someone under that sheet  was breathing just a little while ago.”

It really made me reflect on things.  I actually brewed a cup of hot coffee, sat down a bit and thought about what’s truly important in life.  Now, if you allow me to be honest here, I’ll admit that my thoughts didn’t start with anything grandiose, or exceptionally moral or even very meaningful..  It started with STUFF; things, money, flat screen TV’s in the garage and the like.  However,by the time that I reached the bottom of that cup (or was it the second?) it got to things that truly mattered.  Things like seeing my two beautiful daughters Tiaundra and Kiara graduate college and start their own families, seeing “Fat Ethan” (that’s my own private nickname for my lil nephew) go to school,  seeing my nieces Nevaeh and Alihera graduate from High School,(and hopefully embarrass them with the Math Dance video that I put in an earlier post) and watching the years go by while they make my wife more beautiful with each passing day…….. THAT’S the kind of stuff that are so important that they make life worth living. 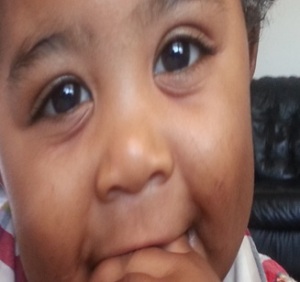 I’ve always said that I won’t be around to see how I weigh in on my own measure of success, because for ME, the true  measure is made by how many people at my funeral would say, “You know what, I wouldn’t be in as good a shape as I am if it wasn’t for that cat in that box.”  In short, I believe that it’s not really about material wealth and things, but more so about the lives that you can change for the better between birth and death.

All that said, tonight, when I get home, I’m going to build a fire in the fire pit, bring out my record player, (YES, I  have a record player, so what?!?!?) throw on a Stevie Wonder album, pour myself a nice glass of wine, and pour out a bit to for the guy that was under the red sheet….Your life wasn’t wasted.

Posted by Ty McDuffie on February 11, 2013 in Uncategorized

5 responses to “I’ve been questioning things……….”